“The six actors, stripped to the waist, use their finely-tuned bodies create a taut, athletic and sometimes hypnotic piece of theatre, bold in its design and symbolism and imaginative in its effects.

No-one could accuse it of being either old-fashioned or museum theatre.”
The Age, March 1987

“Those extraordinary performances remain etched in my memory, and it’s no exaggeration to say their resonances still influence how I think.
Terzopoulos was the first artist to show me how powerful theatre can be.”
Alison Croggon, The Australian, 16 January 2010 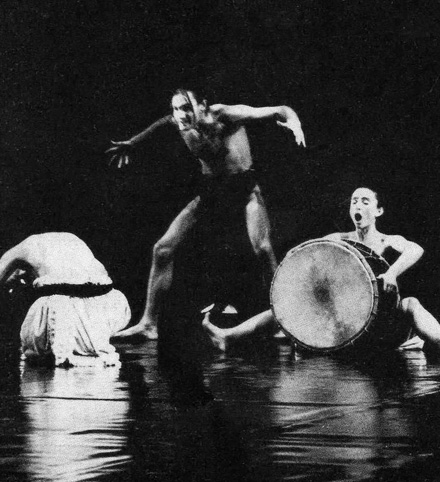