THEATRE ON THE ROAD

In 2008, Stork Hotel’s owners sold the building, so Stork Theatre took flight and found an exciting new home on the road. Through 2009 to 2011 we landed at Alliance Française de Melbourne, St Kilda.

Helen sought to popularise the ideas of some brilliant women of history. Stork engaged Professor Jane Montgomery Griffiths (Monash University) to write ground-breaking plays about the poet Sappho and the scientist Hypatia, who bookended the classical world. Helen collaborated with Assoc Professor Judith Armstrong to develop and stage a play about feminist author Simone de Beauvoir.

“For Stork Theatre, power, love, war and betrayal are all grist to the mill. Can murder be justified? Does rationalism lead to pitilessness?
The company relishes an engagement with the big questions of philosophy and has built an audience that is unafraid to tackle them”.
The Australian, April 2010

In 2013 Stork staged THE PENELOPIAD, by Margaret Atwood at La Mama Courthouse in Carlton. This was the Australian premiere of Atwood’s new play.

In 2016, Stork’s MELBOURNE HOMER FEST  featured The Talk, The Tour, The Play and Homer for Kids. Our HOMER LITERARY TOUR: IN ODYSSEUS’ FOOTSTEPS (across Turkey and Greece) saw 20 Stork devotees follow Odysseus  across the Mediterranean.

In 2018, support from Stork’s membership base enabled Helen to stage a world-first HOMER’S ODYSSEY: 12 HOUR ADVENTURE MARATHON at the MPavillion (Queen Victoria Gardens). Starring Sigrid Thornton, Uncle Jack Charles and 22 other reader performers, over 1000 people attended this free event throughout the day.

In 2019, we staged TREE OF MAN, a performance reading of Patrick White’s epic and brilliant novel.

In March 2021, we returned to Fairfield Amphitheatre with our 8-hour performance reading of HOMER’S ILIAD: THE SIEGE OF TROY, with 8 starring actors and performers. 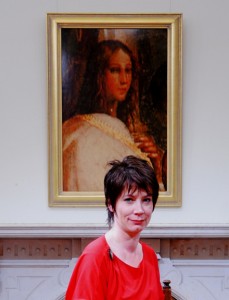 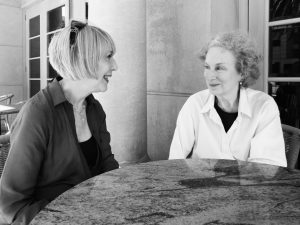 Helen with prophet Margaret Atwood discussing our proposed production of THE PENELOPIAD. 2013 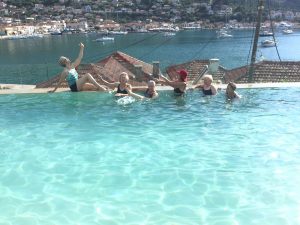 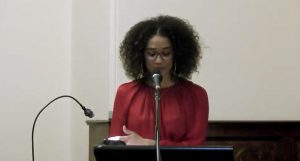 Naomi Rukavina in our performance reading of TREE OF MAN by Patrick White. 2019 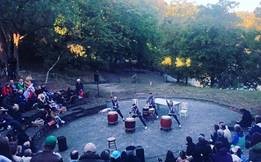 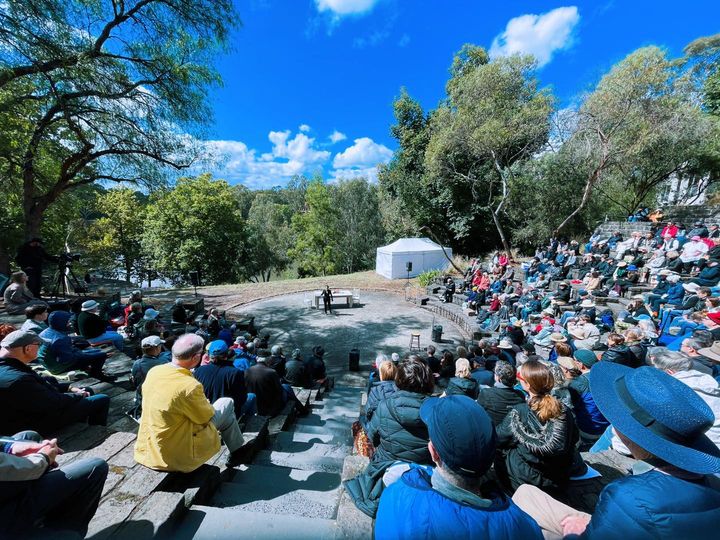 A most magical day celebrating artists and audiences together again! Japanese drummers in HOMER’S ILIAD: THE SIEGE OF TROY. Fairfield Amphitheatre, March 2021