THEATRE AT THE PUB

Stork Theatre at the Stork Hotel

From 1999 to 2008, Helen and Paul Madden transformed the backroom of their Stork Hotel into a hub for cultural events.

Stork Hotel’s public bar was jumping from 10am to midnight every day. It was usually full of Queen Vic Market workers, uni students, shoppers and workers from the city. Butchers from the market regularly propped up at the bar after their 11am knockoff, still wearing their work aprons. Upstairs the 15 hotel rooms hosted backpackers, other travellers, arts-industry workers and people supported by housing cooperatives for those experiencing homelessness.

All our shows were performed on the backroom’s tiny stage. Profits from Stork’s public bar funded these performances, paying for the actors and technical staff.

The Age wrote of our shows at Stork Hotel:

“…the lines of sight in the space were not always perfect, and the seating was fairly basic, but there was something fundamentally and nakedly theatrical about the wonderful productions we saw there”.
The Age Melbourne Magazine, April 2009

Stork’s monthly Socratic Dinners, hosted by Professor Stan van Hooft also featured. Attendees (dinner guests) battled philosophic questions and were challenged directly on their moral choices. Guests were required to discover an agreed point on the moral dilemma, in the spirit of Socrates. Stork held University in the Pub philosophy hours on the ethics of the Information Age, led by Dr John Lenarcic.

Stork Hotel was an historical, unpretentious, Art Deco-style pub. We offered hospitality, budget accommodation and meals for travellers, locals, workers and students. Live music was staged in the public bar five nights a week, which became a breeding ground for emerging artists such as Wally De Backer (Gotye).

See our next theatrical chapter: THEATRE ON THE ROAD. 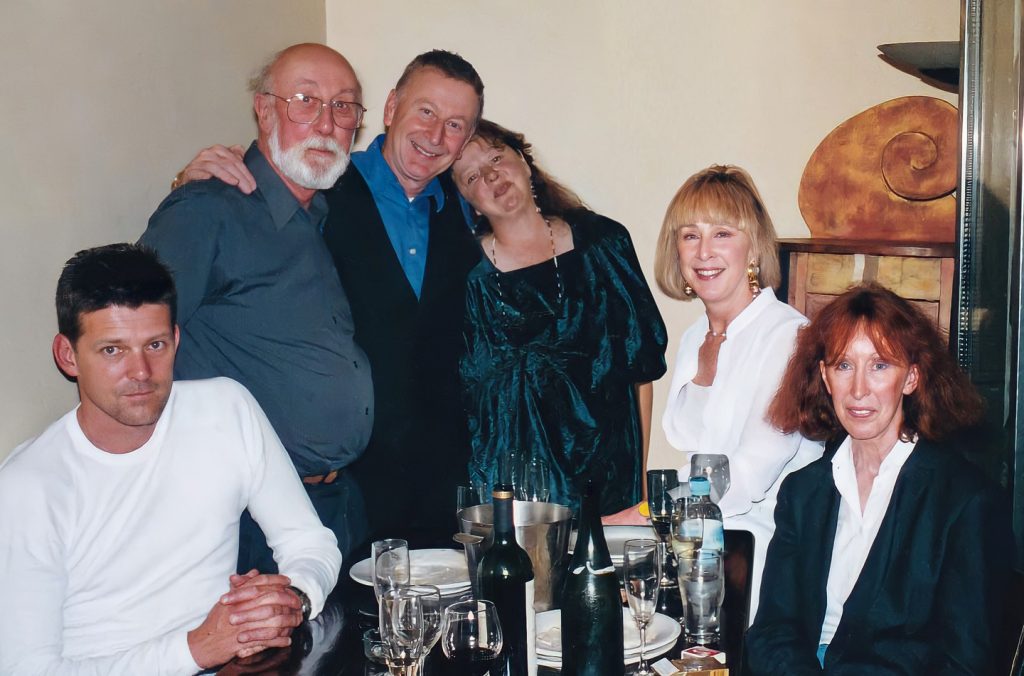 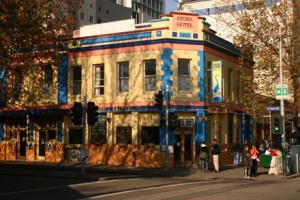 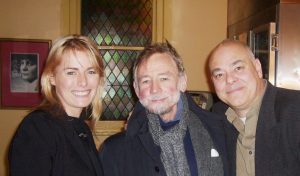 THE LOVER by Marguerite Duras