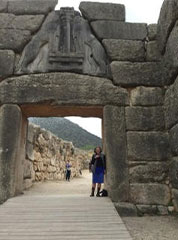 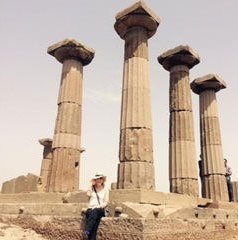 Helen at Temple of Hera, Olympia 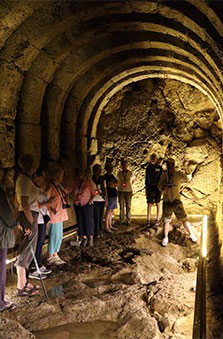 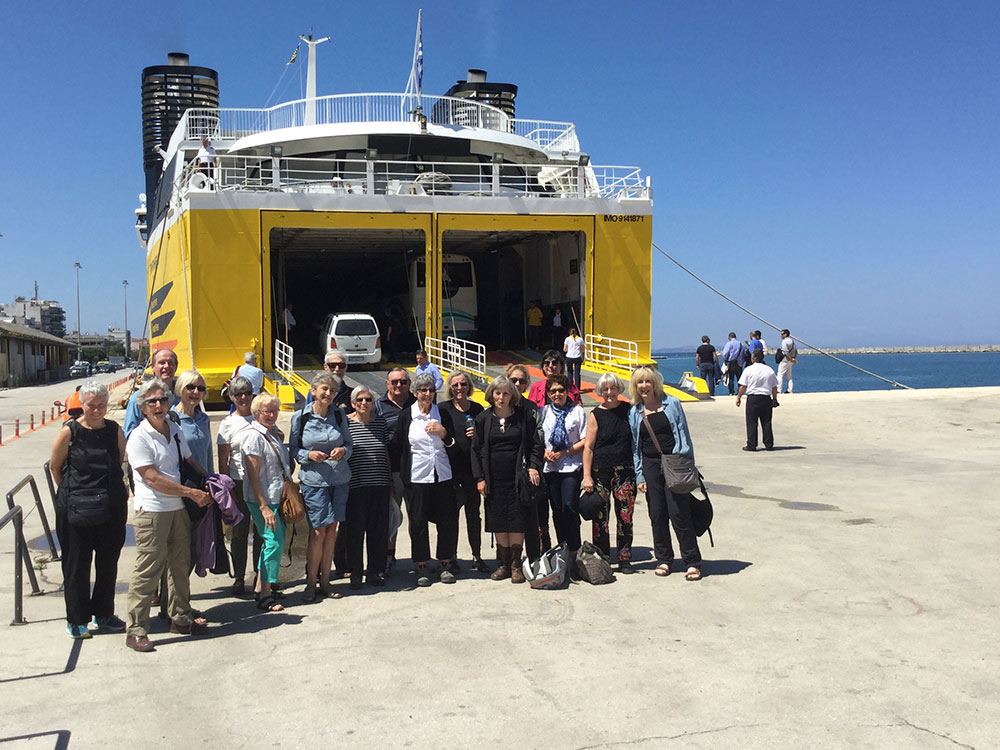 Twenty intrepid Stork Theatre devotees followed Odysseus’ footsteps from Turkey across to Ancient Greece. Our remarkable journey took us around the rim of the ancient Mediterranean world to those places luminous in Homer’s imagination.

From the windy walls of Troy, to mighty Athena at Assos, to Pergamon, Ephesus, across to Crete, Phaestos and then resplendent Knossos and the fortress of Mycenae. We left no stone unturned, following Odysseus’ 10 year journey from the battlefields of Troy, through the tremendum, to his home in Ithaka.

The brilliant Dr Heather Sebo led us, each day weaving stories and evoking images of the Bronze Age to the Age of Homer, from the end of the Heroic age to the beginnings of the Classical age. Art, history, philosophy and myth. At every turn we found stunning archaeological sites, ancient artefacts, sculpture and palaces. All while gazing down onto the sparkling blue of the Mediterranean sea.

Odysseus’ final task before reaching home was to visit the World of the Dead. So we raced north from ancient Olympia to the Acheron River, sailed on a boat upstream.  We arrived at Hades, the Underworld. Clambering down into its inner chambers we, like Odysseus, remembered Achilles and The War, back at Troy where it all began. Then a ferry to Ithaka, Odysseus’ island stronghold.  Yet alas, we were told the main road to Odysseus’ palace, the archaeological site, was closed due to earthquakes. We were devastated. To have come so far without seeing the home of Odysseus  and Penelope! We regrouped. Our local Greek guide, Adonis, texted the heavens for help.  An answer then came in the form of Spiros Kouvaras, a local Homer sage. Spiros took us in hand and on foot to a hidden pathway. We veered off the main road and down a 1000 year old goat track. For the next twenty hazardous minutes we clambered down the mountain in a precarious single file along the narrow path.

We suddenly spied Odysseus’ Palace sparkling in the sun. Spiros showed us his maps and walks along the edge of the suitors’ rooms (maybe), the steps leading to Penelope’s rooms (possibly), where she found Odysseus… after twenty years.  Homer wrote of the famous night they spent together, “the longest night in the history of the universe.”

Gazing up at the fabled Cyclopean Walls, we mused whether Odysseus, the war-weary soldier, found answers to his question, ‘How do I live a life, stay the course and reach home?’  After 22 epic days our little band of wayfarers found ourselves in Corfu. Our minds turned southwards and home. 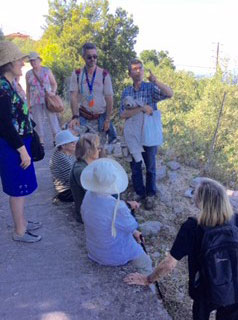 Planning next steps with Adonis and Spiros 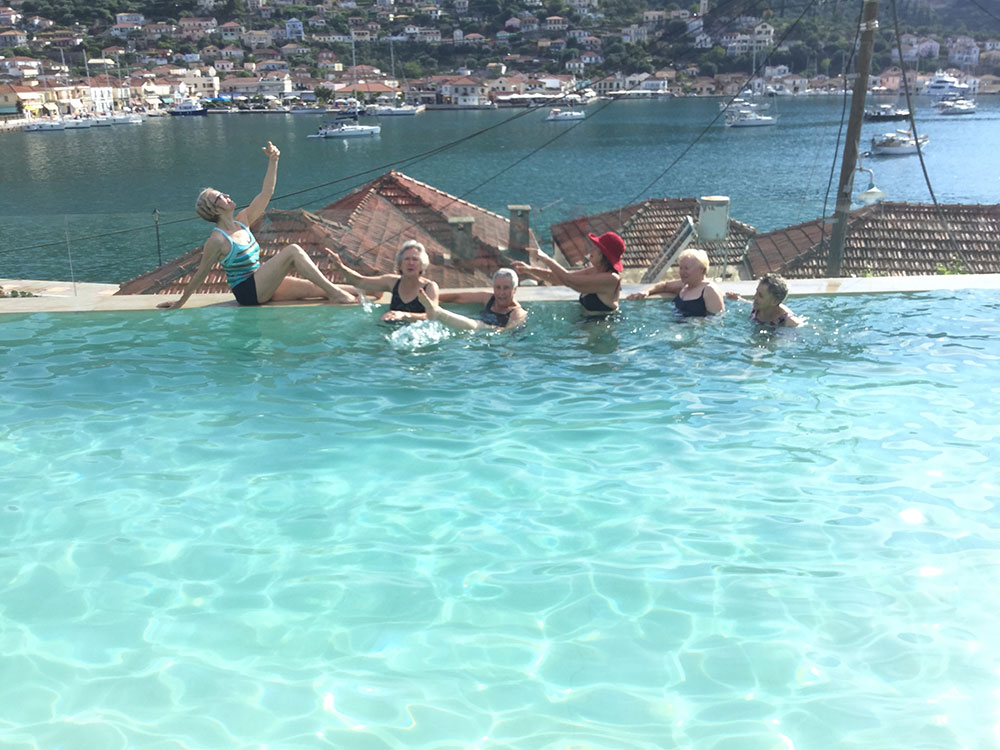 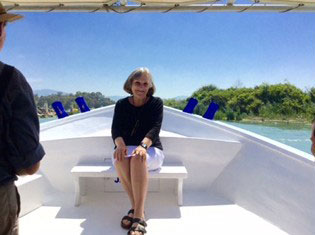 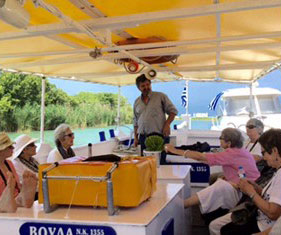 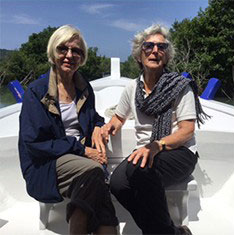