On a glorious Melbourne day, people streamed into the MPavillion and sprawled across the lawns. Over the next 12 hours, each of our 24 stars in turn read a thrilling chapter of Homer’s epic.

12,000 lines of poetry flew by. This was storytelling in the ancient style, mesmerising our audience as Homer has enthralled readers for millennia. At 10.40 pm, Homer’s final lines were read, witnessed by almost 200 audience members who had stayed the course and reached home.

“It was a beautiful warm summer’s day in Melbourne’s MPavillion… as the rosy fingers of morning spread across the Queen Victoria Gardens so began the read of Homer’s epic tale of wandering and homecoming…
Hearing Homer read aloud, effectively in an amphitheatre, brought to mind the thought that this is how these epics should be experienced, with great readers, enthralling their listeners.

The readers brought together people for all ages, captivated by this unique performance. I even spied national treasure Barry Jones and present day muse Dave Graney in the attentive audience, highlighting the relevance of Homer across the generations.…

Lying beneath the shade of the trees, with the moving words, heavy with meaning, of the various readers floating through the space, was a truly magical experience.”
Neos Kosmos, December 2018

Thank you to all our generous sponsors, particularly the Hansen Little Foundation. You can see Jim Clavens’ evocative review in Neos Kosmos  here. 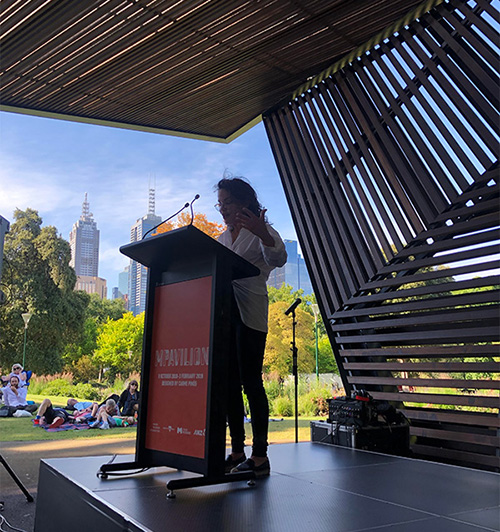 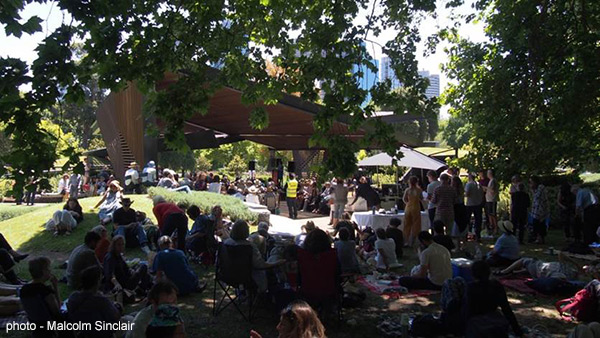 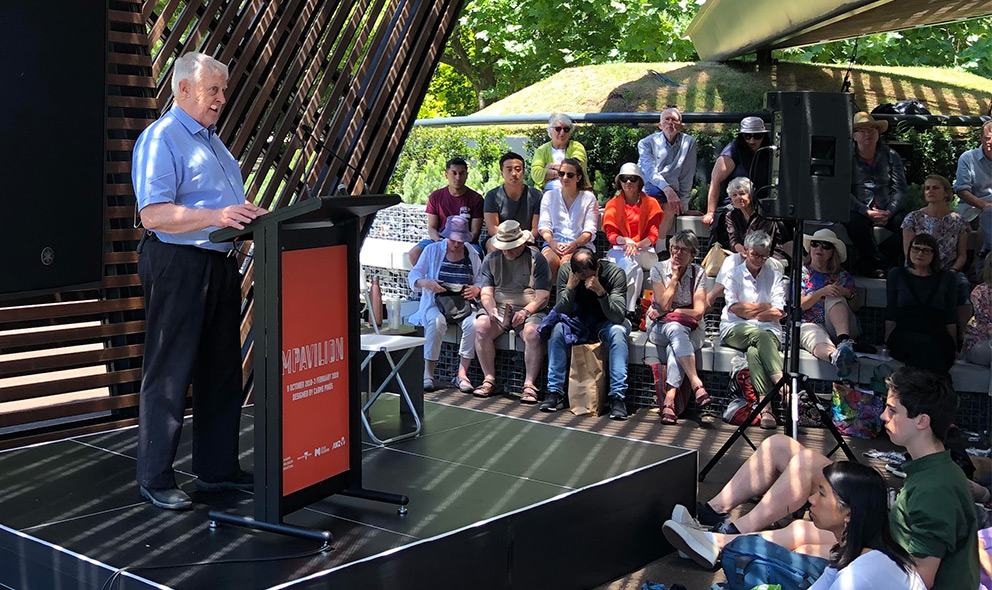 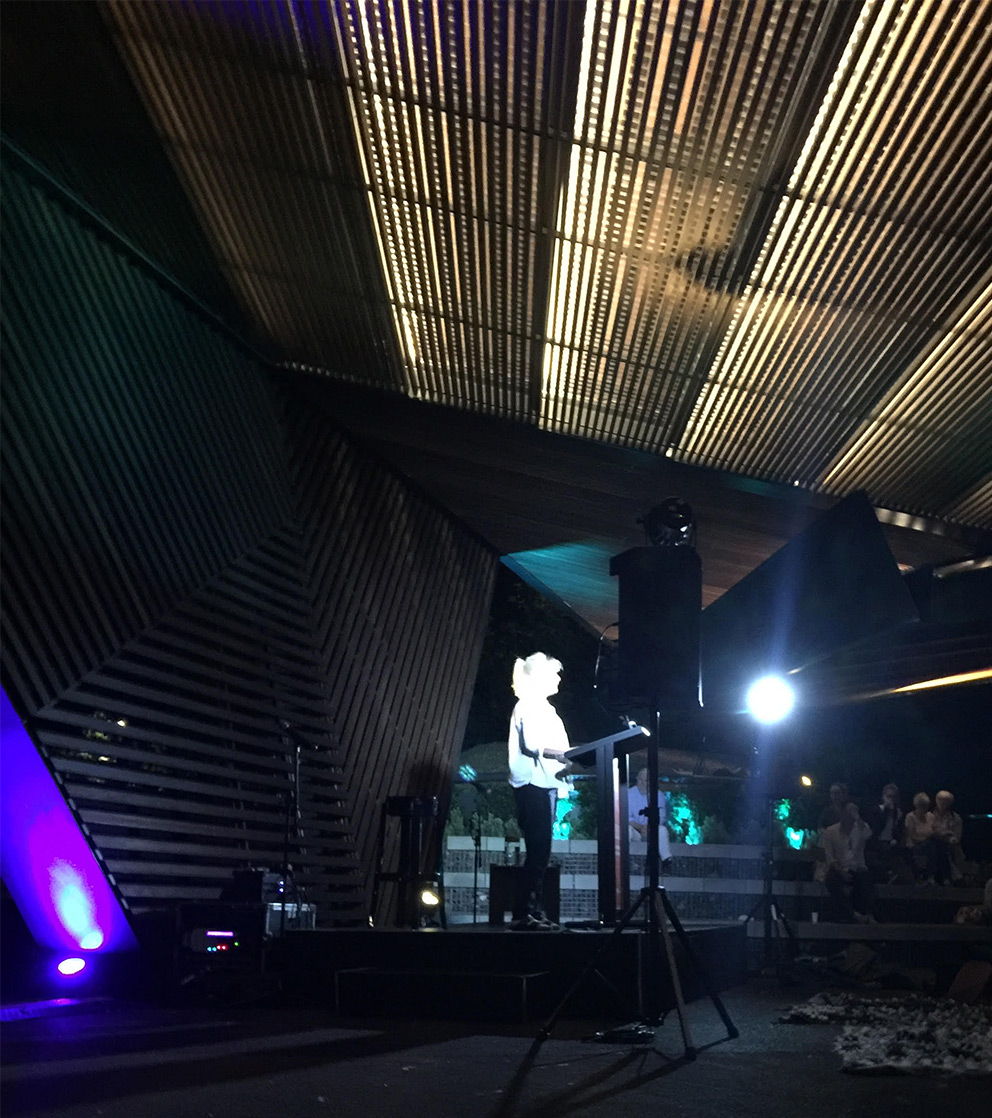 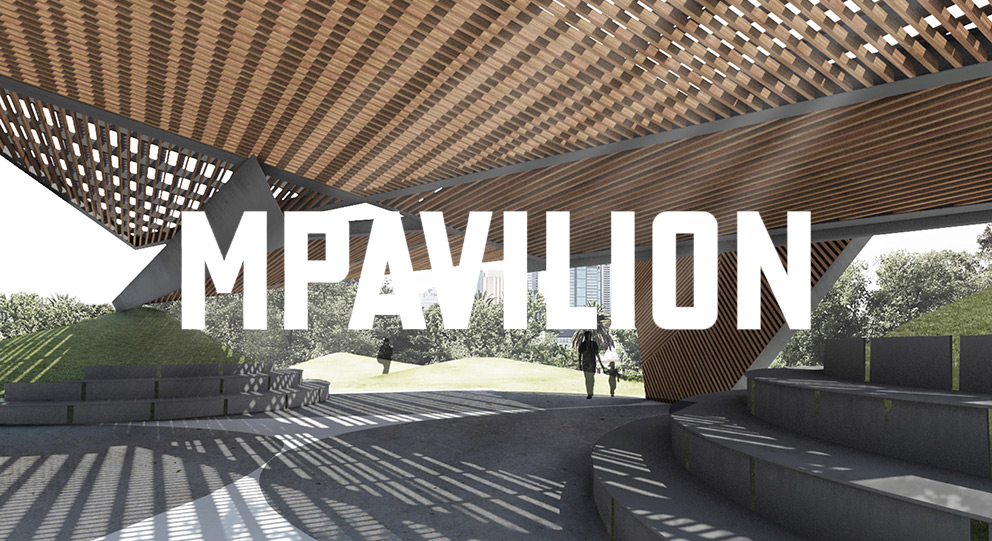 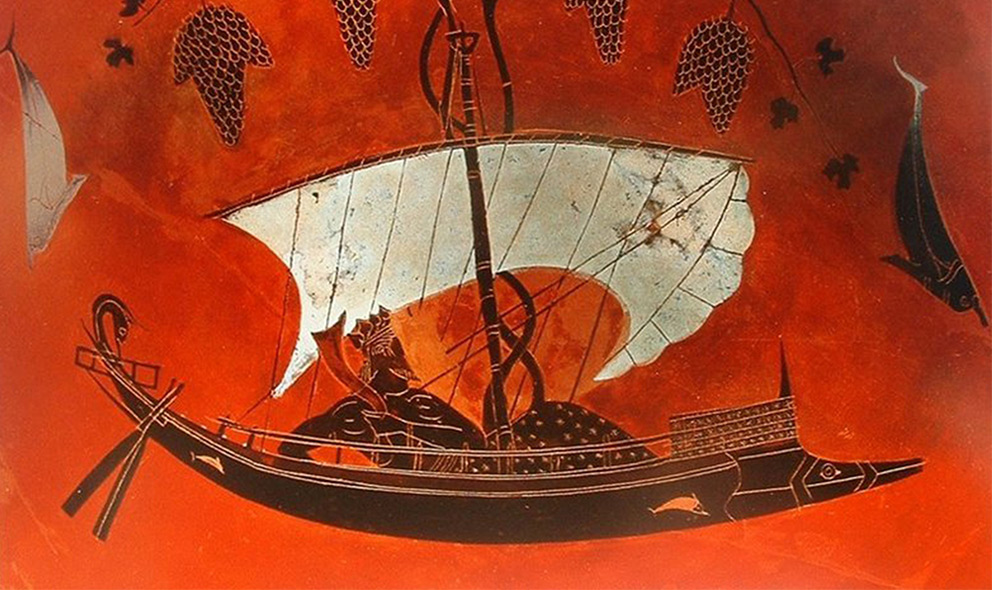